Why So Many Women Fail to Lose Weight 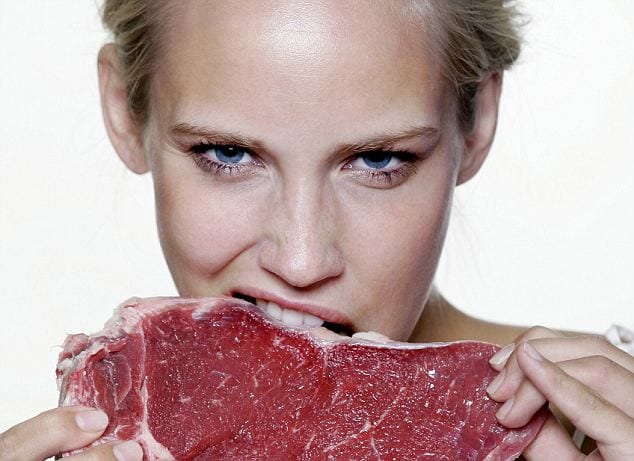 Sally Sowut, had been in a weight loss diet rut for years, but now she was really stuck.  She’s tried the grapefruit diet, low carb, high carb, even the cabbage soup diet with little to no success.  She had dropped down 10-20 pounds initially right off the bat as soon as she started her various diet plans, but then all of a sudden she had these overwhelming cravings for everything NOT included in her diet.   She was about ready to give up and go to the store to buy another half-gallon of ice cream and Oreo’s to wash down her sorrows, but went to the gym instead, as usual.

Sally noticed her friend Jillian, a well-known workout fanatic was also heading into the gym to train.  Jillian was in all-around rock star shape, could do pullups with ease and had a nice toned stomach, despite having a kid a mere 6 months ago.  Privately, Sally thought of clubbing her down and stealing her away to a lab where she could learn her secrets, but she would have to settle for idle banter.

“Definitely,” Jillian answered, “the kids are finally in school and I’m going to squat till my legs fall off today!”

“Well, I’m stuck in my usual rut…I can’t seem to keep this new diet going and I thought you might have some advice?” Sally said.  “I’ve had some good results so far, up until this weekend and now I’m ready to throw in the towel yet again!”

Jillian seemed to ponder for a minute and then asked what specifically Sally was doing with her diet this time around.

Sally informed her that she had been doing a low carb diet and following it to the letter, except for all the extra protein the diet required.  “I just don’t understand why I’m getting so many cravings right now!  I mean, I’m eating everything that the diet requires, lots of leafy greans, broccoli, peppers, and cucumbers.  I’ve even given up eating fruit!

“Well, what are you eating as far as protein,” Jillian asked.

“Oh,” Sally exclaimed, “I’m eating a scoop of peanut butter in the morning with some coffee, and then at lunch I have a slice of chicken breast on a salad, and for dinner I might have a bite or two of fish or steak, but I don’t really like it.  It’s too chewy and meat has a lot of fat in it right?”  “I can’t have that slowing my fat loss.”

Jillian scowled, thinking hard on how to answer her friend without calling her a numbskull.  “Well, you know Sal, you should be getting about 1 gram of protein per pound of bodyweight.”  “Are you at least trying to hit that number?”

“Oh really?,” Sally exclaimed.  “No, I’m not even hitting 50 grams of protein, according to my phone app.”

“Well, that’s your problem,” Jillian said.  “The reason you’re so hungry all the time is…”

A look at the statistics from the American Journal of Clinical Nutrition states that “Our estimates indicated that 7.7% of adolescent females and 7.2–8.6% of older adult women reported consuming protein levels below their estimated average requirement.”  Granted this is back in 2004, but I hazard a guess that this still hasn’t changed much, just in casual observation of certain clients.  Also remember that the general recommendations for nutrition are not based on an athletic population or people actively engaging in resistance training exercises.

For most active individuals it’s pretty common to consume about 1 gram of protein per pound of bodyweight and up to 2 grams per pound of bodyweight for hard training athletes that are trying to cut body fat or increase muscle mass.  Women included.  Although I don’t know many women who can actually hit this high of a number, but there are a few.

It’s pretty basic if you think about it.  We’re basically big bags of protein and water.  All of our muscles, organs and tissues are comprised of protein.  Our enzymes and cell structures all contain various forms of proteins arranged in a matrix to make up our bodies.  And if the body is in constant state of destroying and recreating new tissue then not providing the body with an adequate source of protein will do what?

Well, for one it’ll slow your metabolism down quite a bit.  Number two, it’s definitely not going to build anything new (ie. new muscle tissue, enzymes or cells).  It’s like trying to build a house or just maintain a house with a 2x4 and a couple of nails.  It’s just not going to happen.

Number three, protein keeps oue bodies running optimally.  Protein helps slow digestion and helps us feel satiated.  That means we’re less hungry and able to do more stuff, which can translate into more physical work that leads to fat loss.  So, Sally’s big problem above was that she wasn’t consuming enough protein in her diet, so her body was craving everything else, thus sabotaging her dietary efforts and rebounding back to former glory.

When the body wants something it’s going to get it.  It just may not be optimal for what you’re trying to do in as far as your fitness dreams and desires.

The answer in this case is to eat MORE protein!  Pretty easy, right?

For some this is an easy thing to do.  Add a little protein to every meal and you’ve got it.  But for some eating a gram per pound of bodyweight is harder than you might think.  If you’re training hard you may even need more protein than that, especially if you’re trying to cut weight and maintain that ever so precious muscle mass.

Think of it like this, just start slow and add a bit of protein into every meal.  Every meal!  That will help with the satiated feeling while you’re on your diet and you won’t be so prompted to binge on whatever comes your way.

This scenario is easier if you’re already prepping your meals ahead of time (which I may be able to help you with if you’re just not down with cooking a whole bunch of food and saving it for later).

Stick with good whole sources of protein.  Lean red meats, like steak, sirloin, ground beef, flank steak, etc.  Poultry, yep, that’s great sources of protein too: chicken, turkey, duck, goose, whatever, although seagull or pigeon might be questionable, but in a pinch they’ll do too.

And don’t forget those tasty, tasty pigs.  Lean pork is a great source of protein and even bacon can qualify as a partial protein source, even though it’s mostly fat.  Just throw some eggs into the mix and you’ve got a great fuel and protein breakfast.

Fish are a great source of protein too.  Some like salmon are very high in Omega Fatty acids, also a good thing.

You’ve got eggs and some dairy products, although be wary of eating too much dairy.  Dairy has a lot of protein, but it also has a lot of everything else and tends to make people gain weight.  They’re just very anabolic, which means they promote growth.  Doesn’t mean you can’t have some Greek yogurt, just make sure you’re eating a variety of other good protein sources too.

And then you have legumes and nuts.  These tend to have a lot of other macronutrients in them as well, so they’re not considered whole proteins and are more often higher in carbs and fat than true protein sources.

So if you’re trying everything to lose weight and just not going anywhere, try adjusting your protein intake for starters.

Explicit Revelation: How Do We Get Fat and What To Do About It